Our Secretary/Treasurer, Lauri Taylor just received notice from Mark Barbour, of the death of Neil Salkind on Saturday, November 17, 2017.  Here is the text of his obituary: 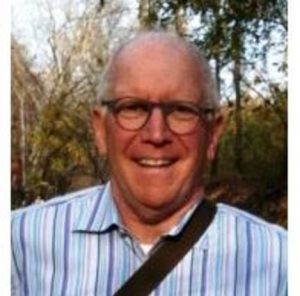 Neil J. Salkind, 70, passed away from complications related to melanoma on Saturday at his home in Lawrence. The son of Harry and Irene Salkind, he was born in Newark, N.J., where he grew up and attended Weequahic High School.

He received his Ph.D. in human development from the University of Maryland, and after teaching for 35 years at the University of Kansas became a professor emeritus. After retiring he continued to collaborate with colleagues and mentor students.

Neil was a prolific writer and editor. He delivered more than 150 professional papers and presentations; wrote more than 100 trade and textbooks; edited several encyclopedias; was editor of Child Development Abstracts and Bibliography for 13 years; and aided many other writers in their search for publishers. He had at least three of his letters to the editor of the New York Times published, an accomplishment of which he was exceedingly proud.

Neil enjoyed letterpress printing, reading, running with the Mad Dogs and later swimming with the Lawrence River City Sharks, baking brownies, poking around old Volvos, and being with his family and friends. He volunteered with numerous local charitable organizations and served on a number of nonprofit boards.

Neil is survived by his wife, Leni; daughter, Sara, of Alexandria, VA; son Micah and son-in-law Ted, of Providence, RI; sister Phyllis and brother-in-law Seymour, of Dallas, TX; his sister-in-law Suara Welitoff, of Cambridge, MA; nephews, nieces, countless friends, mentees, associates, and his beloved golden doodle, Bella. His boundless energy and curiosity will be missed. So will his brownies and challah.

Just a reminder to everyone that your annual dues of $30 are due by March 1st.  As of this notice, about one third of our membership has not yet paid their annual dues.  If you are one of them, please get your annual dues payment check or money order in the mail ASAP.  Mail your dues to:

The following changes to our active membership for 2018:

The following are reactivated members for 2018:

The following are NEW members to the APA, please welcome them to the group!

The following members have moved to inactive status:

The local TV channel has done a short interview (5 mins.) on Lawrence Peterson’s press, The Nine-18-Thousandths Press.  This segment is part of the weekly Anthem Alive Video Magazine.